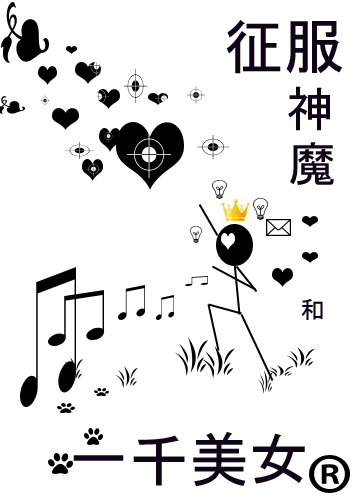 Jaime was a famous professor in Modern Earth. His whole life was used to capture the Book of Karma, a book which records everything in the universe, to find his true lover, Ye Xiu.

During the course of his journey, he provoked the heaven and had to escape to another world with the Book of Karma. The Creator of all universes punished Jaime by setting him with the task to conquer the three realms! They are: the God’s (deva/deity) realm, the Demon’s (Asura, rakhsasa) realm and the human’s realm. Since he also doubted the Creator, Jaime was further penalised: now he must conquer the heart’s dungeons of 1000 beauties. He had to find a way to open their cold hearts and make them fall in love with him. All of these must be finished in 100 years.

He started his journey as nobody but slowly he conquered a sect, a city, a kingdom, a continent, and then, beautiful women. He fought with many kinds of high-leveled cultivators, demi-gods, half demon, demons and gods.

Jaime was born to kill gods, trample demons and be Emperor of all humans. He was also the Deity of Bullshit. He never really fights against anyone and doesn’t like blood or killing. He cheats, he tricks his enemies, he bribes people, he robs his obstacles, and does everything to win. His smart and unpredictable plans in defeating many high-leveled enemies always leave people in awe. He also made many people to worship him like a real hero.

One after another pretty women and princesses were trapped by his sweet talk and could not resist his professional art of seduction. This is his journey about aiming to be the King of the Three Realm, finding his lover and at the end, finding the origin of all creations.

You can find some of his other works here.

As this story is meant to be published in Indonesia there are no raws. We will let our Indonesian readers know when the book is available in your language. This story is being translated by Arasaka and edited by CelebrationMishca.

Purpose of this Site

The purpose and mission of this site is to share as many stories as possible. We want to gather as many genres, many cultures, and as many styles into one spot. I truly love reading and want to share. I hope you all enjoy this journey with me as we grow. ^_^

All donations to the site will be used to further projects and make the site better and better. ^_^ Thanks in advance! Also after every $30 Bonus Chapters will be made on the projects I am working on. Currently I am working on Queen no. 11 Agent 11. 5 days a week.